Breaking in a New Year with Breakout Activities!

Like last year, students in Literacy Studies class welcomed a new year in the library with a Breakout activity that got them up and moving around, working together in teams to solve library- and reading-related riddles to open locks. 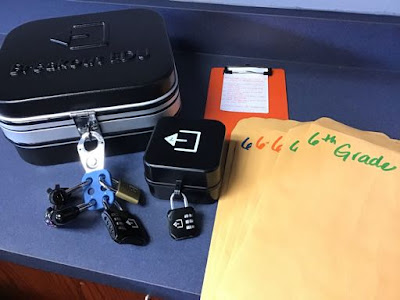 Sixth grade students used the same Library Orientation Breakout from last year--you can read about it here. With five different locks to open, students were problem solving to riddles related to finding books on shelves, to recognizing checkout procedures, and to locating the different sections in the library. 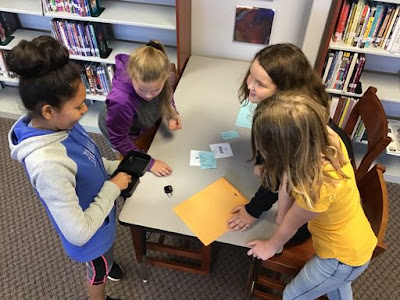 Seventh graders worked through a new library breakout, unofficially called "Get Reacquainted with the Library." Because (presumably) these students were already familiar with the library orientation elements from the sixth grade Breakout, this work--and opening four locks--focused on specific pieces of the library, such as state award nominees and winners and Public Lists on Destiny Quest. Students needed to spend time in the shelves to think through their clues and determine the combinations to their different locks. 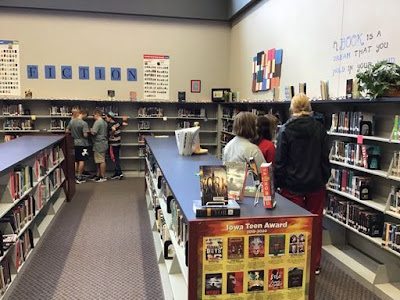 So, were students successful? Yes! Both grade levels had groups that were able to break out, and many groups had just one lock remaining as the class period ended. 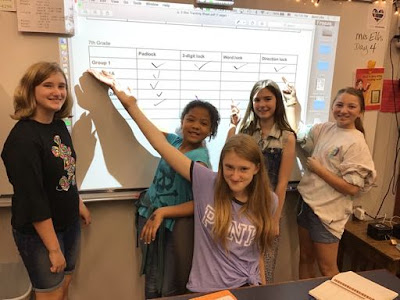 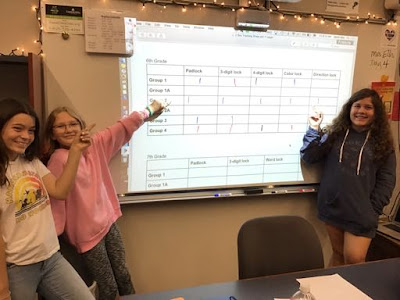 As the year progresses, look for more breakout activities, both digital and blended. Students enjoy the process and solving the riddles, and in the process, they learn some valuable teamwork, communication, and problem-solving skills!
Posted by Sandi Ellis at 7:53 AM