Many new books will greet students when they return in August. Want a sneek peek at a few of our favorites? 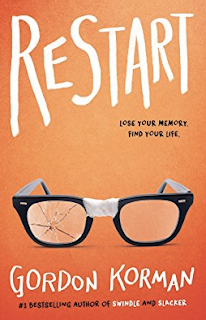 Popular author Gordon Korman's new book is realistic fiction and features Chase, who remembers nothing after falling from his roof. As he begins his school year, Chase comes to understand that the person he was before the fall isn't anything like the person he is now. Will the influence of his friends sway him to return to his juvenile delinquent/bullying ways? Or will he take the opportunity to restart and become a different person? 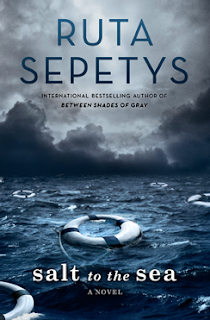 If you were a fan of Between Shades of Gray by Sepetys, this book will not disappoint! Like Between Shades of Gray, this book is also an Iowa Teen Award nominee set during World War II. The story follows several refugees near the war's end as they make their way to a port city to try to secure passage on the Wilhelm Gustloff, hopefully to find friends and family in other parts of Europe. You can see a trailer below:


Another Iowa Teen Award nominee that's a great read is the nonfiction title I Will Always Write Back: How One Letter Changed Two Lives by Caitlin Alifirenka and Martin Ganda. 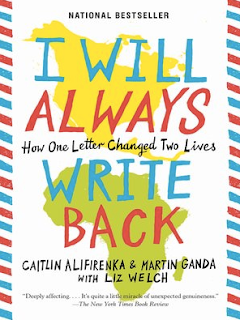 Told from both Caitlin's and Martin's points of views, readers learn of the pen pal assignment that connected the Pennsylvania girl with a boy from Zimbabwe and read portions of the letters that changed both of their lives. While Caitlin initially believes Martin's life is similar to hers, she slowly comes to understand the poverty and harsh conditions in which he lives. This knowledge--along with the warmth they feel for one another--will change both of their lives.

See something you might like to pick up this August? They'll be available for you--stop by to check them out!
Posted by Sandi Ellis at 5:41 PM