Today's featured book is the first in a planned series and written by an already popular author in the library, Brandon Sanderson. His Reckoners series with Steelheart and Firefight is often checked out. His newest series includes The Rithmatist. 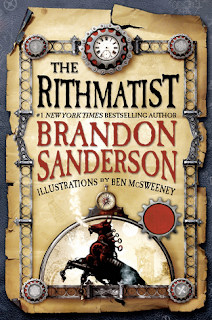 Harry Potter fans might think of this book as a "Hogwarts in reverse" as this book's main setting is a school where the magical students are targeted and kidnapped, leaving the non-magical students behind to solve the mystery. Like the Harry Potter series, this book includes several instructors and other adults whose motive may be unclear or who may not be who they seem.

On Brandon Sanderson's official website, this is the summary provided for the book: 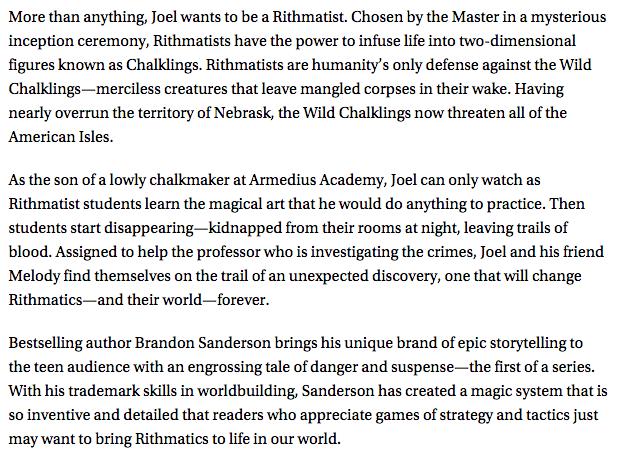 Take a look at the trailer for the book:


The Chalklings are some of the most creative characters we've seen in fantasy in a while--why not check out The Rithmatist to uncover the mysteries at Armedius Academy?
Posted by Sandi Ellis at 1:51 PM