The focus of our conversation was three areas students voted on when they entered: the three triwizarding tournament challenges or tasks, new magic introduced in this book, and Harry's abilities as a wizard. 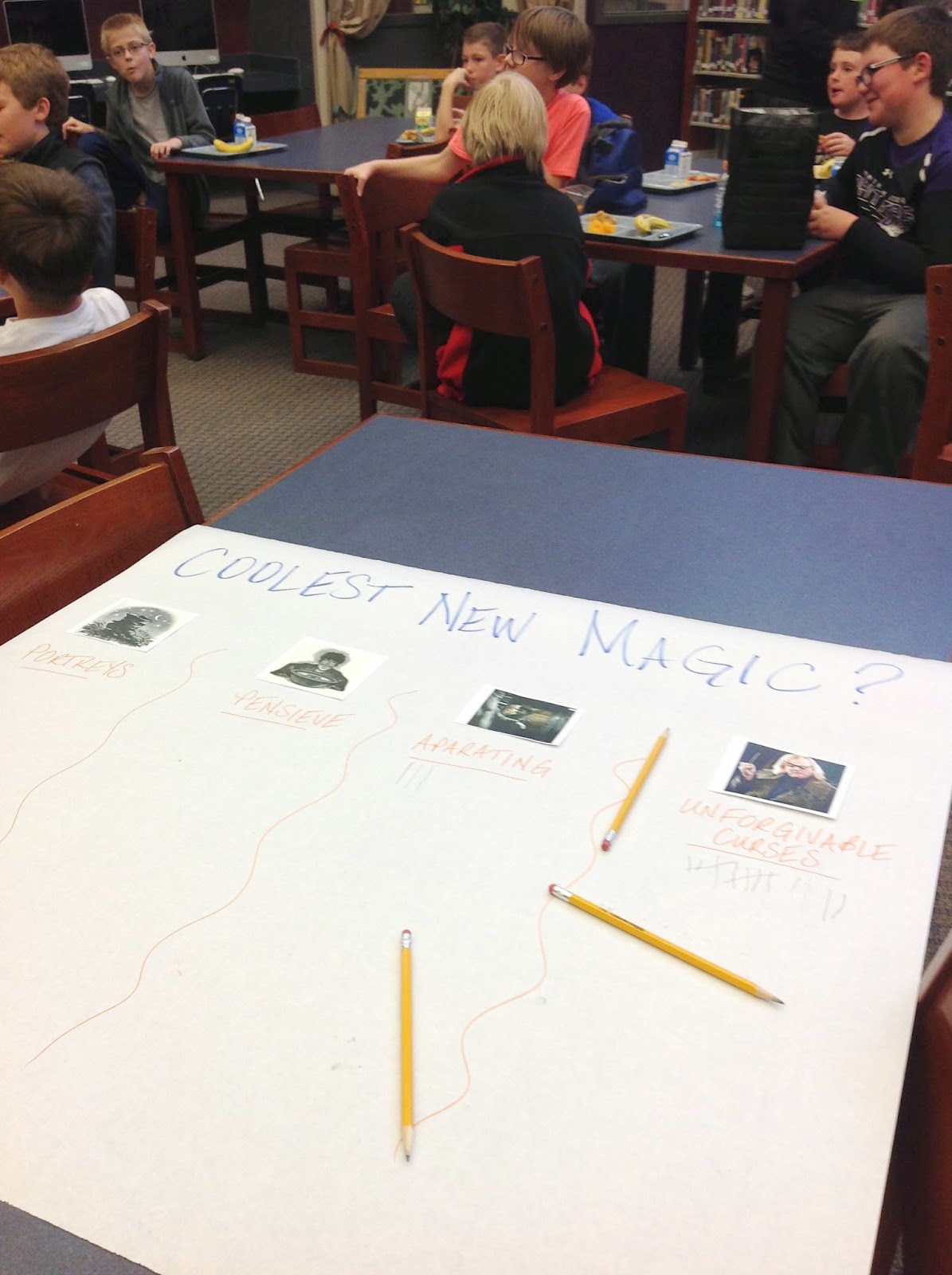 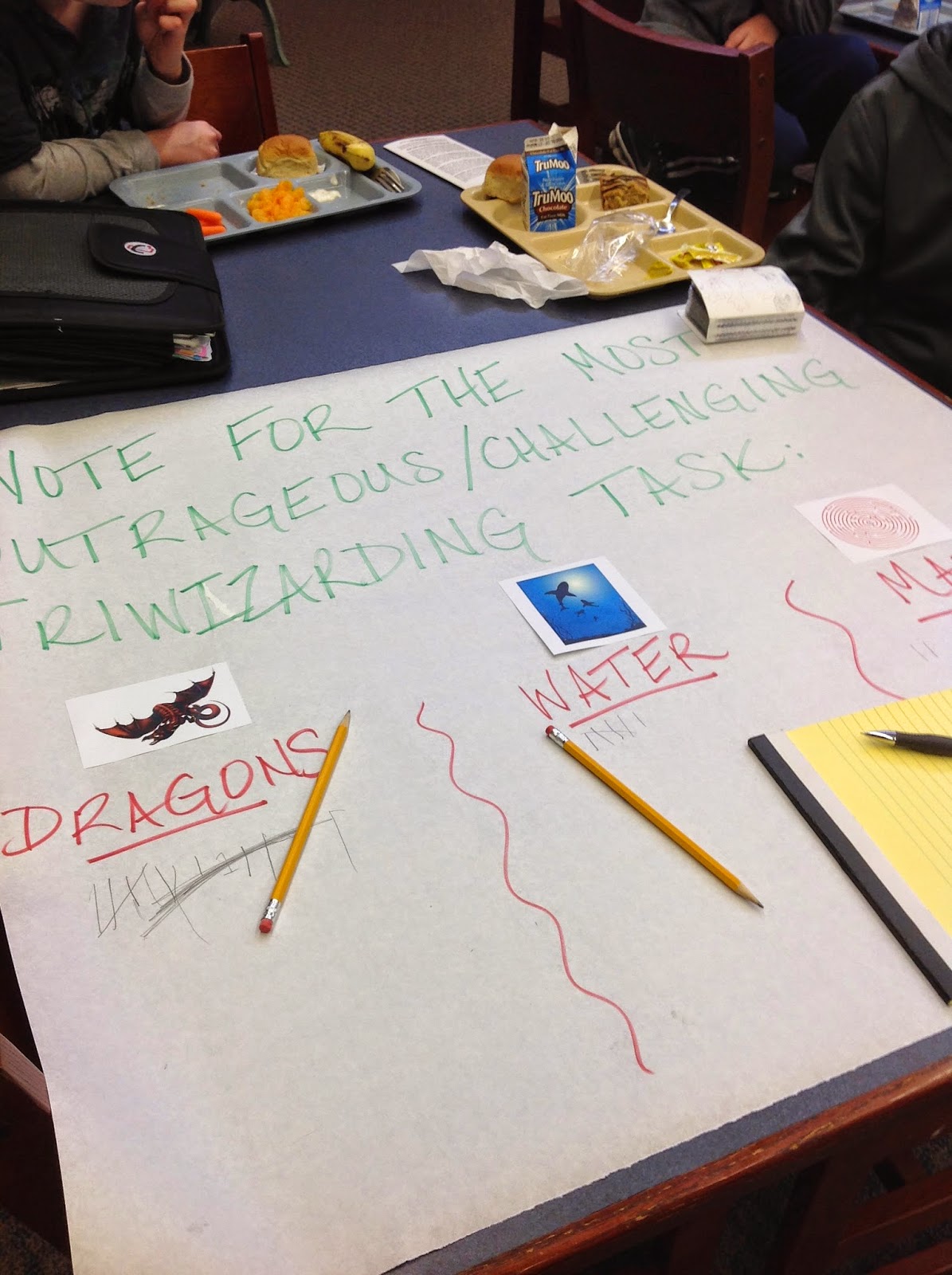 After an all-boys 6th grade Book Club vote, the coolest new magic was overwhelmingly decided to be the unforgivable curses; however, when the all-girl 7th grade Book Club met, aparating was closing the gap. Portkeys were considered new magic, as was the pensieve, but they each received very few, if any, votes.

Students also voted on the most outrageous or challenging of the tournament tasks, and facing the dragons was the hands-down winner. The water task and maze both tied for second place. The dragons' unpredictability was most often cited as the reason why they were the most difficult task.

The final vote concerned Harry himself. Students voted 2-to-1 that Harry was a very lucky wizard versus a very talented wizard. Many noted, though, that he had to be a good wizard to have some of the lucky breaks that he did.

Join us at the end of the month when we'll be talking about book 5, Harry Potter and the Order of the Phoenix. 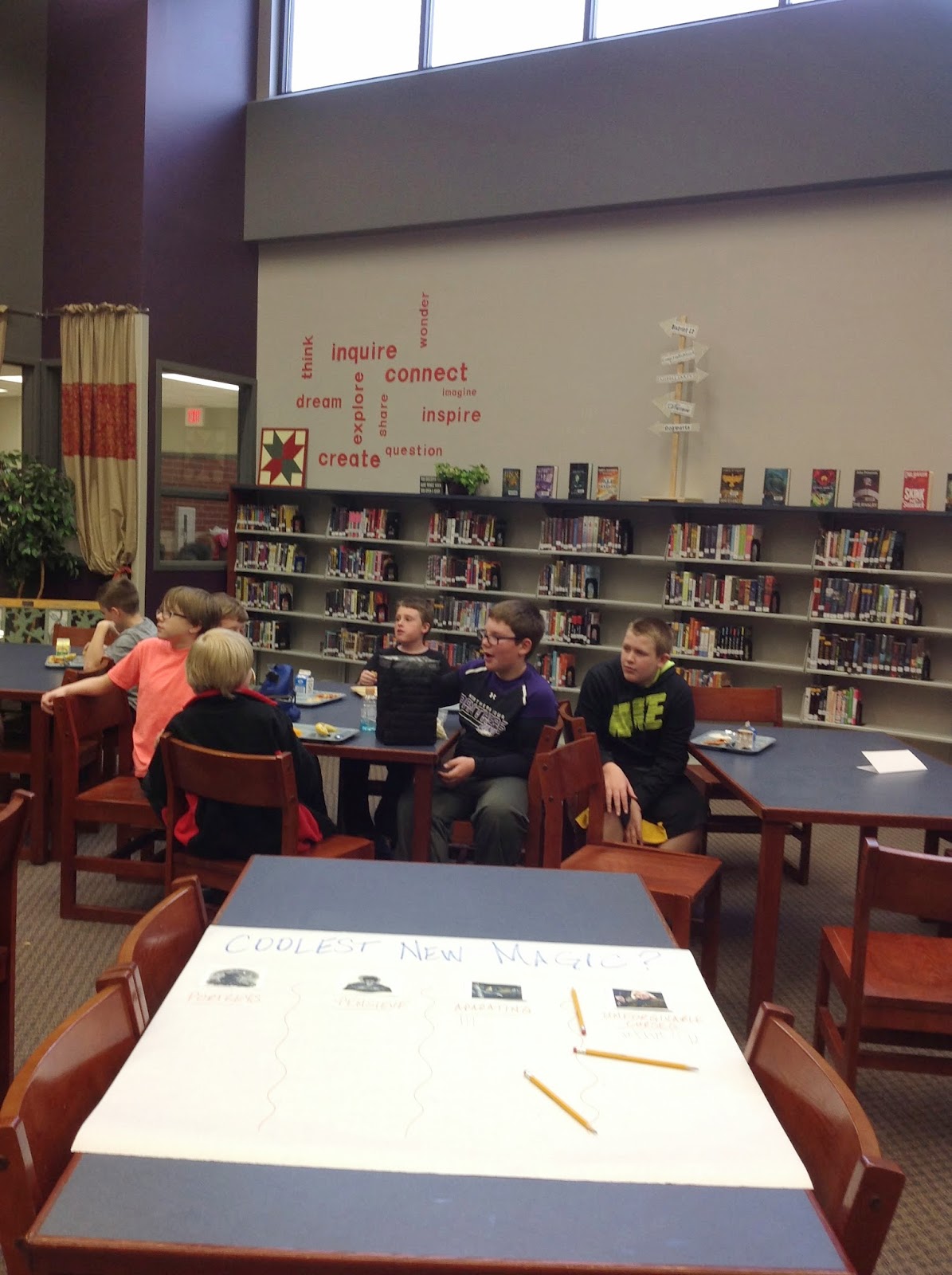 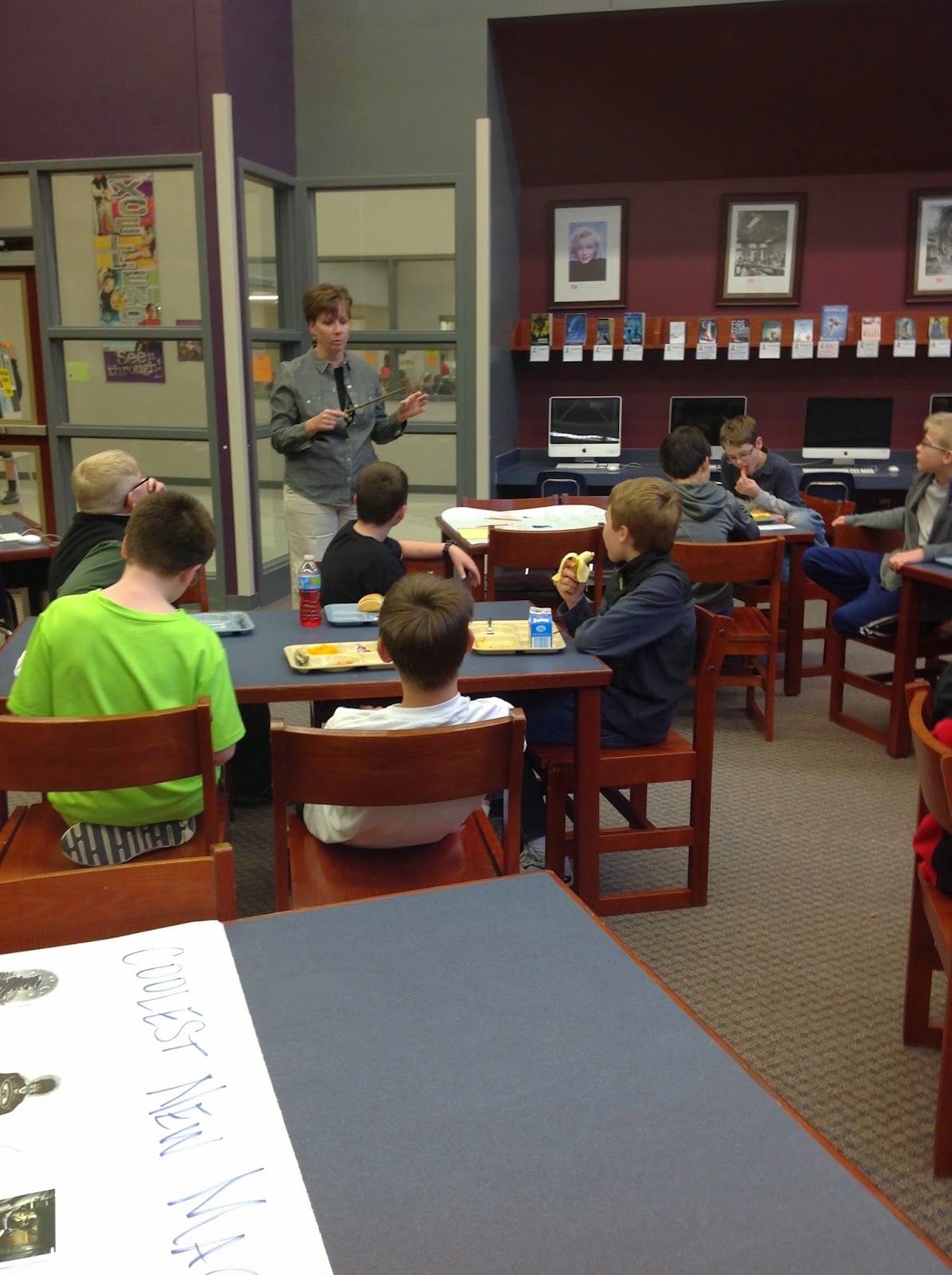 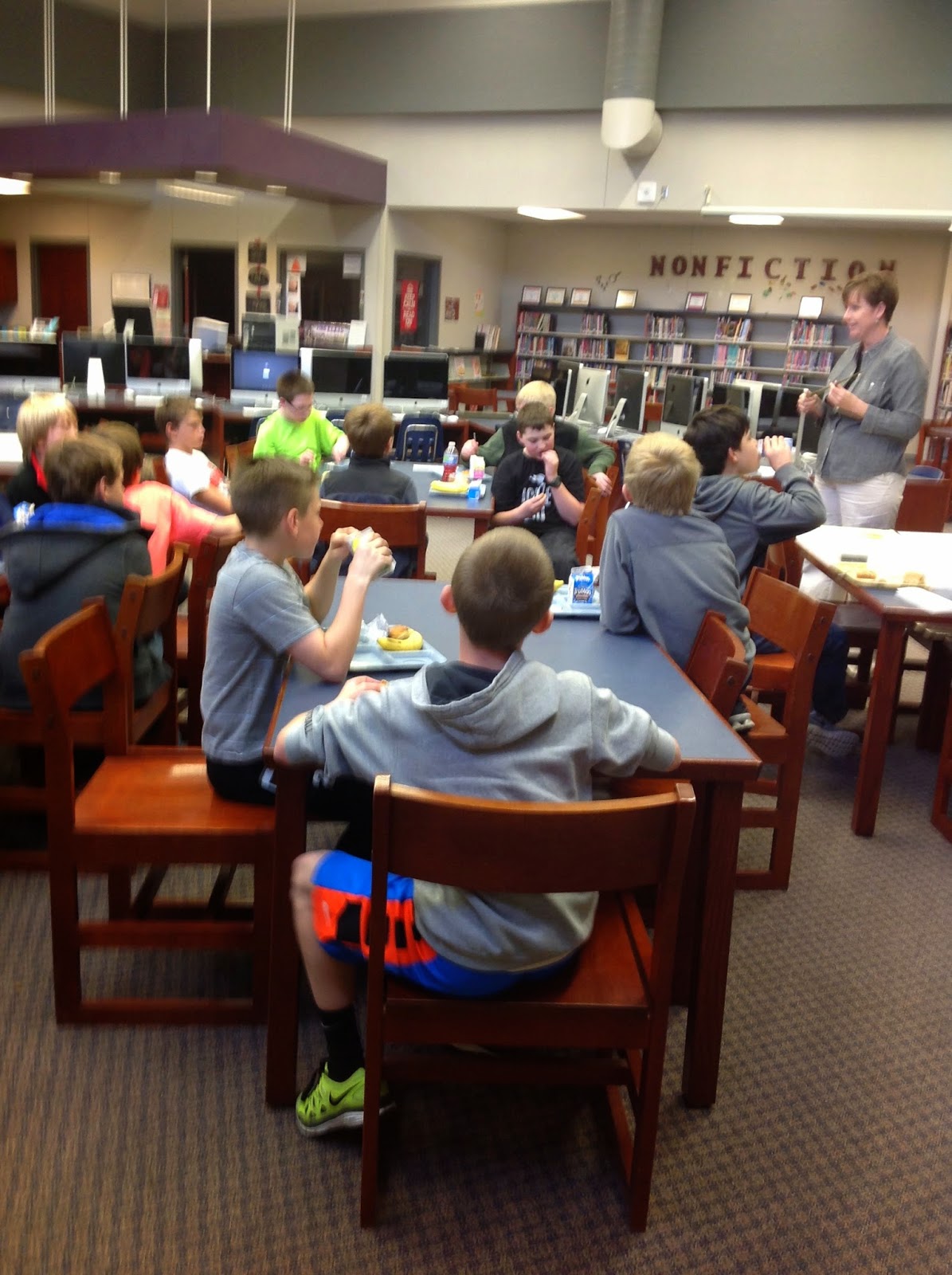 Students also took time to recommend several different titles that we hadn't already talked about, many of them books in a series. Maybe you see one of your favorites on the list. 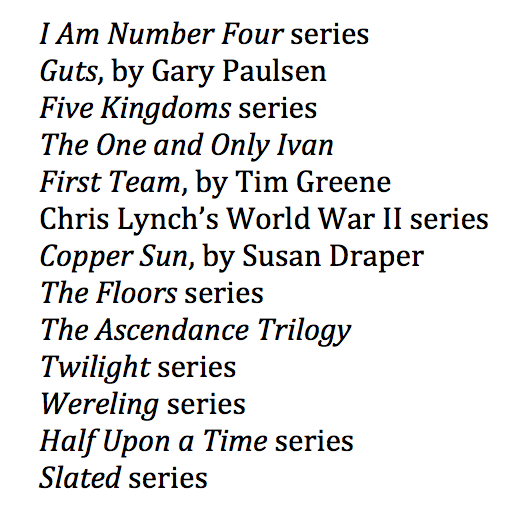