Thoughts about The Giver 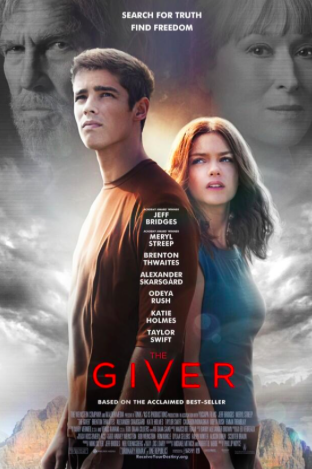 Lois Lowry's Newbery-award winning dystopian novel The Giver hits the big screen today (you can watch the trailer HERE), and with its release comes talk about why it's often a challenged or banned book in schools.

According to an article by Ben Blatt for Slate, The Giver ranks 11th among books "requested for removal" between the years 1990 - 1999; in the 2000's, the book still ranked 23rd on the list. The Office for Intellectual Freedom reports that just under one-third of the time was the book removed from the shelf.

Most requests to remove a book are related to sexually explicit content or offensive language; however, The Giver doesn't fit that stereotype. Instead, those who wish to see it removed from shelves say that the story is "unsuited for the age group," which typically means the story is too "dark" for the intended age of the audience.

In Blatt's article "Will The Giver Movie Prompt More Schools to Ban the Book?"we can see that The Giver is challenged nearly two times more often for its "unsuitability" than all other books challenged: 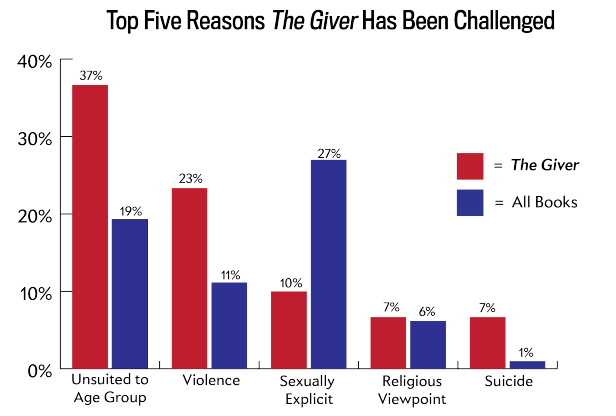 Have you read The Giver? Do you have plans to see the movie? With Banned Books Week just around the corner (September 21 - 27), you might want to do both and be part of the conversation!
Posted by Sandi Ellis at 6:49 AM