New Movies Coming. . . and They're Set in Harry Potter's World!

According to the website BookRiot, J.K. Rowling has agreed to write a series of films based on the book Fantastic Beasts and Where to Find Them. 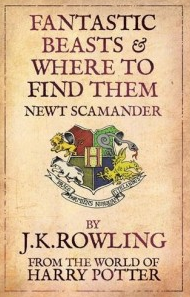 Here's what Warner Bros. had to say in a press release:

“Fantastic Beasts and Where to Find Them” will be an original story and will mark Rowling’s screenwriting debut. It is planned as the first picture in a new film series. Set in the wizarding world, the story will feature magical creatures and characters, some of which will be familiar to devoted Harry Potter fans.

“Although it will be set in the worldwide community of witches and wizards where I was so happy for seventeen years, ‘Fantastic Beasts and Where to Find Them’ is neither a prequel nor a sequel to the Harry Potter series, but an extension of the wizarding world,” said Rowling. “The laws and customs of the hidden magical society will be familiar to anyone who has read the Harry Potter books or seen the films, but Newt’s story will start in New York, seventy years before Harry’s gets underway.”


You can CLICK HERE to read the full press release from Warner Bros. and read more about the upcoming movies.
WebRep
currentVote
noRating
noWeight
Posted by Sandi Ellis at 7:24 AM