Like the Percy Jackson series? Try These Similar Books! 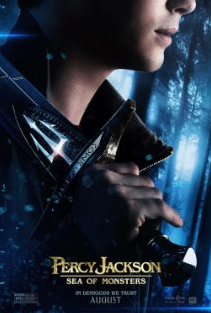 With the release of the Percy Jackson movie coming on August 7, the book series is once again a hot topic. This movie focuses on The Sea of Monsters, the second book in the series. Check out the trailer below:


So. . . you're a fan and have read all of the Percy Jackson books--and The Lost Hero series, and The Kane Chronicles series--and you're looking for something else to read. How about these similar books?

Ghost Leopard by Lars Guignard:  This first-in-a-series story is much like The Kane Chronicles but takes place in India and relies on Indian mythology as the backdrop.

Emerald Atlas by John Stephens:  This story features 3 siblings, and while it lacks the mythological content of Percy Jackson, it's still close to Riordan's story.

Magyk by Angie Sage:  The seventh son of a seventh son disappears the night he is born. . . and a strange baby girl is found in the snow that same night. A great read for Percy Jackson AND Harry Potter fans.

Savvy by Ingrid Law:  This has been dubbed "the country bumpkin version of Percy Jackson." The Beaumont kids all get a magical power when they turn 13 years old.

Fablehaven by Brandon Mull:  A brother and sister discover their grandparents are caretakers for a preserve of magical/mythical creatures of good and evil.