After having small groups of students work to create spine label poems last week (see the earlier blog post further down this page), 7th grade language arts students were in today with last week's students serving as group leaders. Here are some students collecting books to use, as well as "drafting" their poems at tables:

And here are their results:


These two groups chose to put titles on their poems, and the poem "Adolf Hitler" even has stanza breaks!

Mrs. Perkins and I even "wrote" our own poems!

For those of us who are fans of the Divergent series by Veronica Roth, it's been a long wait for information about the third book in the series.

But our wait--at least for the release of the title--is over! Check out the video below to hear from the author herself about the upcoming release of her new book. October can't come soon enough!

If you are interested, the word "allegiant" is the adjective form of the noun "allegiance," which--according to the dictionary--means:

So. . . what do you think? How will Triss and Four's story end in this highly anticipated third book?

Posted by Sandi Ellis at 5:29 AM No comments:

With book spine poetry all the rage--and a huge success with my elementary students--I thought it was time to get my middle schoolers involved. Mrs. Perkins's 7th grade LA kids came in as a small group to learn all about it; next week the whole class will be in to "write" their own poems with guidance from today's small groups.

Check out the students' poems--and see their work in progress--with the pictures below: 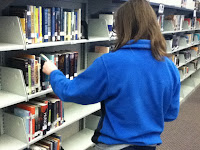 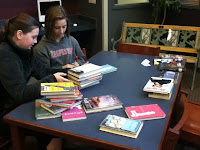 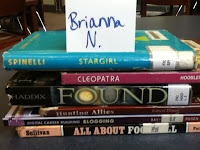 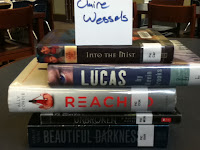 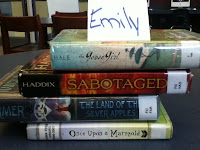 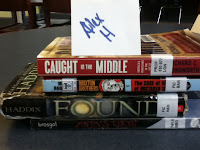 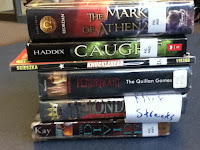 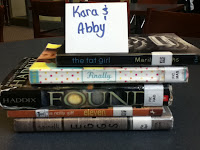 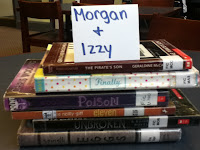 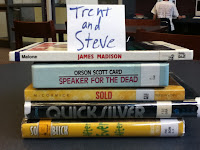 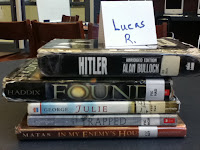 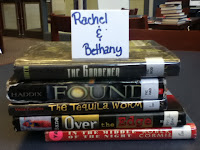 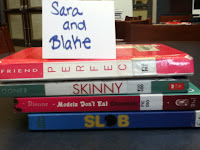 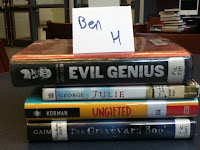 Last month Middle School students voted to select the Iowa Teen Book Award winner, and by a large margin, Pittacus Lore's I Am Number Four was the winner.

Yesterday at the Iowa Association of School Librarian Spring Conference, the state winner was announced, and it, too, was I Am Number Four! You called it, students--congratulations! If you'd like to follow John's journey, you can also read the next books in the series, The Power of Six and The Rise of Nine. 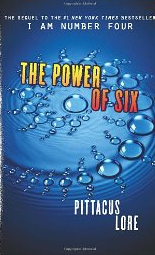 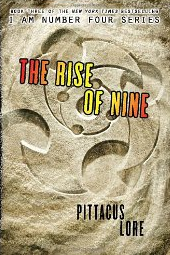 Posted by Sandi Ellis at 5:28 AM No comments: 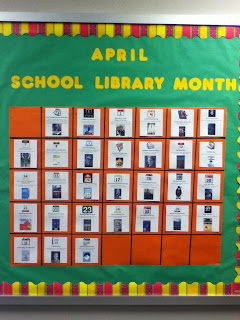 April is a busy month in the library. All month long we celebrate School Library Month. The theme for this year is Communities Matter @ Your Library, and you can read all about it at the American Library Association's site. Also in April we celebrate National Library Week, and on April 18, we recognize Poem in Your Pocket Day, part of the recognition for National Poetry month.

To kick off School Library month, the new display in the library features a different book or author or illustrator for each day in April. Check out some examples below: 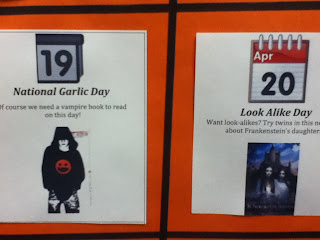 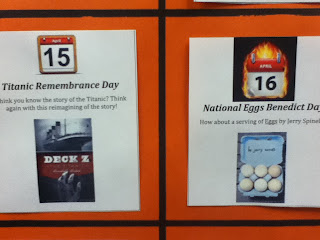 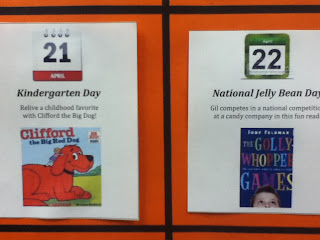 Stop by to read that day's holiday book or author/illustrator recommendation. You might find an old favorite or be inspired to try a new book. See you soon!
Posted by Sandi Ellis at 3:18 PM 2 comments: