NEW YEAR. . . NEW BOOK CLUB SELECTION
November 8, 2013
Today, in an effort to summarize much of the reading, we looked at a Google Presentation that dealt with the section from Via's point of view. You can access it below if you'd like to look at it again:

We also talked about book recommendations. New releases, like The House of Hades and The Darkest Path, were highly recommended, as were some old favorites, like The Last Dragon Chronicles and The Invention of Hugo Cabret. You can CLICK HERE to see our list in its entirety.

Check out the book trailer:

Our first meeting is Thursday, Sept. 12, and we'll meet every two weeks to share in a read aloud, discuss the book, and participate in different activities from the Choose Kind website.

Hope to see you soon! We meet during lunch, so just grab your lunch and join us in the library.

OUR LAST MEETING THIS YEAR!

The May meeting--our final one!--will be on Friday, May 17, when we will talk about the last book in the series, Harry Potter and the Deathly Hallows. Mrs. Ellis is providing lunch that day--hope to see you then!

What a great ending to our year-long Book Club! We celebrated with Subway sandwiches and Hershey's chocolate and lots of great conversation! Our topics today all came from events in HP & hte Deathly Hallows:
We had a great experience--enjoy the pictures below! 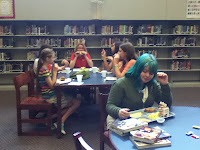 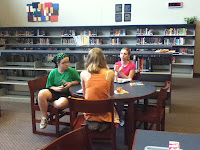 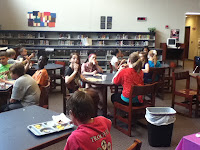 APRIL MEETING
The next meeting will be Fri. Apr. 26--we'll be talking about the penultimate book in the series, Harry Potter and the Half-Blood Prince. Can't wait until then? Check out this video, Harry Potter: Beyond the Page, featuring an interview with J.K. Rowling:

MARCH MEETING
The next meeting will be Fri. Mar. 8--we'll be talking about Harry Potter and the Order of the Phoenix.

With all of the color blue related to this book in the series, Book Club participants enjoyed all kinds of blue food while we discussed the novel and took part in an online quiz. Blue Peeps, blue malted milk balls, and blue M&Ms were the foods of choice, and based on the conversations, Professor Umbridge was the character of choice to discuss. Many agreed that her motivation and agenda were not in line with students' and Hogwarts' best interests--and besides, "She's just mean!" as one student said. The DA as another focus, as were Fred and George, Ron's important year (prefect! Quidditch team!) and the battle at the end of the book

Even with all the talk, we did have time to look at two online quizzes from FunTrivia. 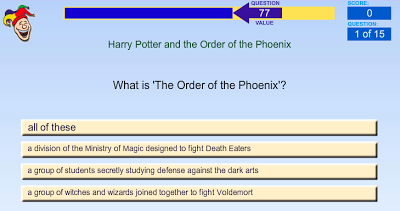 While the 7th graders outscored the 6th graders, both groups enthusiastically answered all 15 questions--sometimes with lively debate over the correct responses. :)

Finally, some book suggestions were thrown out at the end of the meeting--take a look at your classmates' recommendations when you're visiting the library! 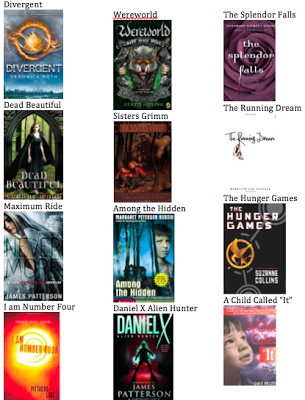 UPDATE: We'll meet on Mon. Feb. 4 due to the snow day last week.

So after many delays (it seems!) we finally met for our fourth Book Club meeting. Sadly, the homemade Ton Tongue Taffy was an EPIC FAIL and the provided treats amounted to a Twizzler wand hastily purchased the morning of the meeting. If you'd like to try the Ton Tongue Taffy yourself, see below. It came from HarryPotterRecipes.net, where you can find many more recipes to try! 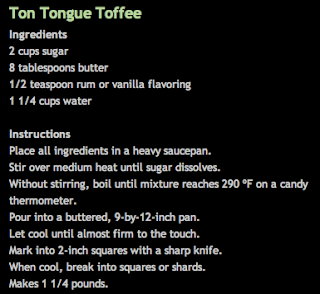 All sorts of conversations this time--new magical elements (portkeys! floo powder!), new characters (Fleur Delacour! Vikor Krum! Mad-Eye Moody!), and new challenges (for mud bloods! for house elves!). Of course the Triwizarding Tournament was a major focus; students voted on the task they thought was most outrageous/challenging--see the results below:
And students also voted on whether they believe Harry to be a great wizard or a lucky wizard:
Even with their distinct split, students did agree that Harry has surrounded himself with good people who can help him achieve the things he has.

We'll meet again before Spring Break to talk about HP5--Order of the Phoenix. Please join us then!

Book Club met on Dec. 18 to talk about Harry Potter and the Prisoner of Azkaban. Many who attended said that this book is their favorite in the series. We talked about several of the new characters who are introduced--Professor Lupin (no coincidence that his name is "Lupin" given he is a werewolf!), the Dementors, Professor Trelawney, and Buckbeak.

Two of the questions we considered were these: What memory would you draw upon to conjure your own patronus, and what form would your patronus take?

Finally, we played a quick game of Harry Potter Would You Rather? from Rachel Lynette. Overall, more students would rather fight a Dementor than a basilisk, have Dobby as a friend instead of Hagrid, and take their chances with a vomit-flavored Every Flavor Bean than a Howler. 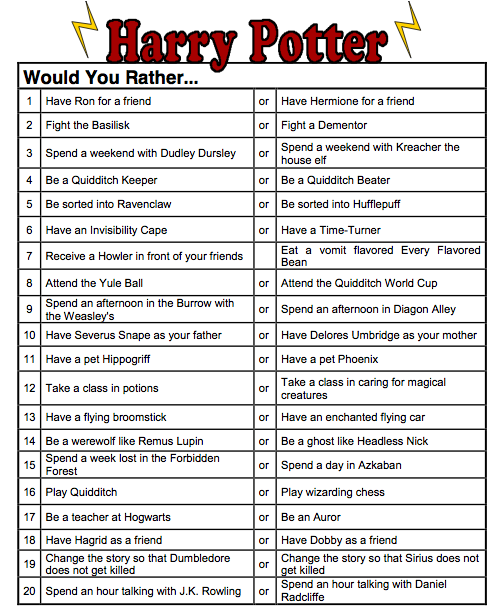 The next meeting will be the last week of January when we will talk about Harry Potter and the Goblet of Fire. Hope to see you then!

Book Club met the last week of November to talk about Harry Potter and the Chamber of Secrets. We had a friendly competition using questions from an online scavenger hunt, and the winners got first pick of Bertie Botts Every Flavor Beans. Hopefully they didn't choose the vomit-flavored beans! 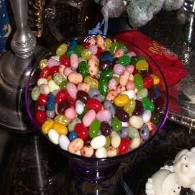 If you'd like to work on some word games related to the book, you can access the Harry Potter and the Chamber of Secrets Word Play Packet. (If it doesn't open with links on the right, try using Firefox as your browser.)

The next meeting for Book Club will be Tues. Dec. 18. We will be reading Harry Potter and the Prisoner of Azkaban. Hope to see you then!

Book Club met recently to talk about Harry Potter and the Sorcerer's Stone and to enjoy some butterbeer. You can click here to see the recipe in full on the website Mugglenet.com.

At the meeting, students talked about several parts of the book, including magical elements at Hogwarts, Draco's motives, courage in the face of your enemies and friends, and Quidditch. Favorite elements from the plot were Fluffy, the troll, and the Mirror of Erised.

Other books that the group recommended as good reads include several series books:
Single titles that are favorites include Peak by Smith, The River Between Us by Peck, The Truth about Truman School by Butler, and The Transall Saga by Paulsen.

The next meeting for Book Club will be Fri. Nov. 30. We will be reading Harry Potter and the Chamber of Secrets. Hope to see you then!

Mark your calendars! The October meeting will be held Fri. Oct. 26 during students' lunch periods. Plan to eat in the library and talk about Harry Potter and the Chamber of Secrets. See you then!

The first meeting of the Middle School Book Club will be on Thurs. Sept. 27 during students' lunch periods. Come ready to talk about your favorite books and hear about the plan for our monthly meetings! Hope to see you there!

Some favorite reads mentioned that you might want to try: 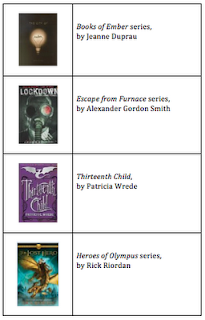 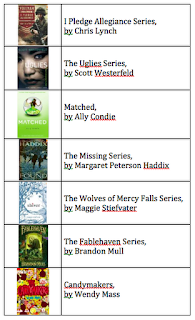