Is Rick Riordan the Hardest Working YA Author? 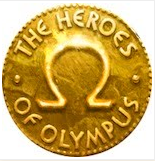 Good grief that man writes! Rick Riordan--author of the Percy Jackson and the Olympians series, the Kane Chronicles, and The Lost Hero series, among others--has recently released publication dates for his upcoming novels in his series. You can check out his post HERE. 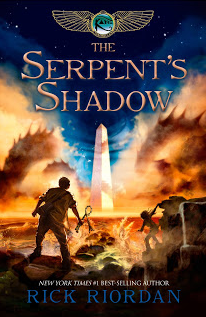 Want to read The Serpent's Shadow but have been waiting for the paperback? Your wait is over on May 7, 2013, when the paperback version of the book will be released. Also included with it is a short story of Percy Jackson and Carter Kane. According to Riordan, The Son of Sobek is the "first place you can read that story" and is "about 40 pages of extra adventure at no additional cost." 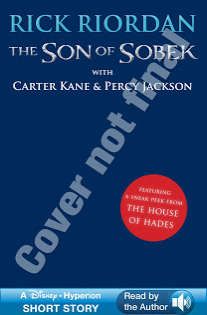 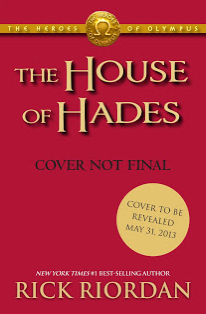 But if you already have your copy of The Serpent's Shadow, you can still get The Son of Sobek. On June 18, 2013, you can download the e-book of the story, and it's even read by Riordan himself! Included with this purchase is the sneak peek of the next book in The Lost Hero series, The House of Hades, which isn't slated for release until Oct. 8, 2013.
Posted by Sandi Ellis at 8:31 AM No comments:

Check out these brackets! 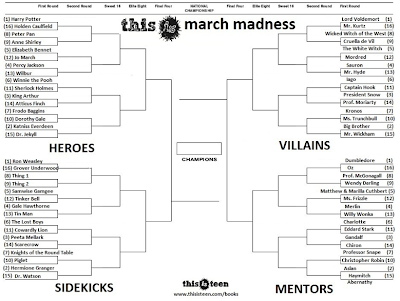 Basketball not your thing? How about these brackets from On Our Minds @ Scholastic? Take a look at some of the pairings and stop by the library to fill out your own brackets. Completed brackets will be posted around the library so you can see how others would carry this through to just one winner.

Posted by Sandi Ellis at 1:45 PM No comments: 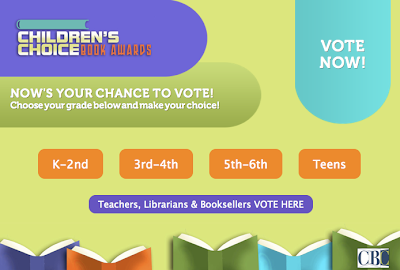 The finalists have been chosen, and it's time to vote! The Children's Choice Book Awards site has narrowed their selections of books, authors, and illustrators to five each. You'll see several familiar authors listed--Rick Riordan! Jeff Kinney!--and some of your favorite childhood illustrators are represented, too, like Mo Willems (Knuffle Bunny and the Pigeon books) and Ian Falconer (Olivia the pig).

Email ThisBlogThis!Share to TwitterShare to FacebookShare to Pinterest
Labels: books 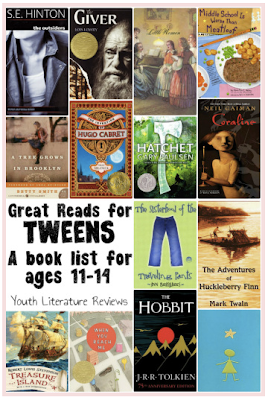 So, what sorts of books made their list? Some are probably very familiar to you, like the mystery The Invention of Hugo Cabret and the coming-of-age novel Stargirl. Others might be less familiar, like A Tree Grows in Brooklyn. Classics like Treasure Island and The Adventures of Huckelberry Finn also appear on the list.

Feel free to visit their website and check out what they have to say about the books--and you can even leave comments about your favorites!
Posted by Sandi Ellis at 12:43 PM 1 comment:

During the 12 Days of Christmas contest, clue #1 was "1 lovely Pinterest lady." Some of you figured out that I was the Pinterest lady, and now I'm using Pinterest as a place to recommend books! Thanks to  Alyssa Calhoun, The Wildcat Librarian, for the idea and many of her pins to pass along to you!

So. . . are you looking for a book to read and want a description to go along with it? Visit Mrs. Ellis's MS Book Recommendation page to see some options! 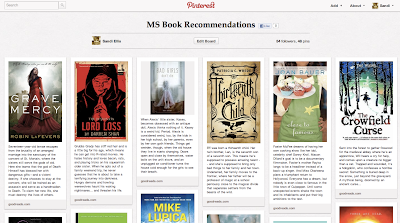 Posted by Sandi Ellis at 6:41 AM No comments:

So many winners to announce! The Penny War is officially over, and the unofficial donation total was $296.68! That's AWESOME! The winning advisory was Mrs. Reels' group, so her students will be enjoying free items from the book fair and helping me choose new books for the library.

Thanks to all who participated! Look for those new books on display soon!

AND. . . it was also Iowa Teen Award voting time! 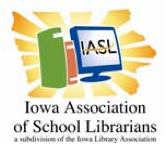 In a very close race, Pittacus Lore's book I Am Number Four edged out Sharon Draper's Out of My Mind, which tied with Wendelin Van Draanen's book The Running Dream.

Posted by Sandi Ellis at 9:51 AM No comments:

Only three days until our book fair--SO excited! If you'd like to browse and shop online, Scholastic offers many additional selections that may not be available at our fair next week. Click HERE to access our online fair; your purchases still benefit our school, and books come directly to you! 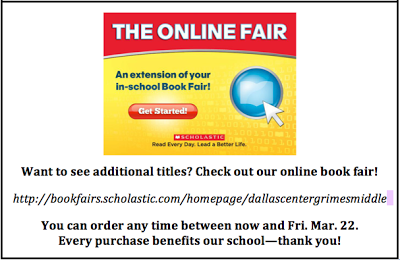 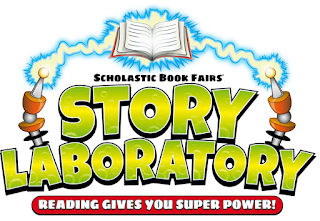 Posted by Sandi Ellis at 3:59 PM No comments:

The Scholastic Book Fair penny war is underway! In advisory groups, students are raising money to support Scholastic's All For Books campaign. Here are the totals reported as of March 6: 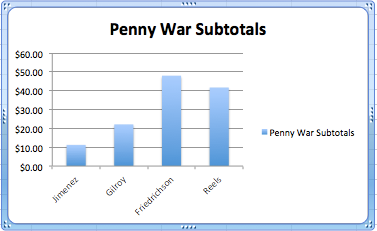 Students in the winning advisory will all get to choose a free item from the Book Fair, as well as suggest which titles from the Fair to purchase for our library. Let's keep those coins coming in--the Penny War doesn't end until the end of the week!
Posted by Sandi Ellis at 3:10 PM No comments: